During the 18th and 19th centuries, the term Libertine became associated with debauchery, a loose moral compass and a lack of sexual restraint. Invoke that time with Sixus1's new line Leatherworks: The Libertine. 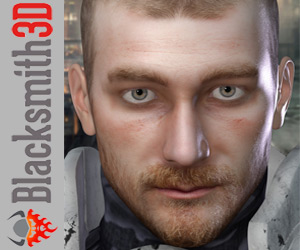 Over the Moon: Poses for Buttercup

When Pigs Run: Poses for Hamlet

Visit us at Renderosity.com